As a former sales rep, I almost always was asked the question in job interviews, “What drives you to succeed in life?”  In my 20s, and even in my early 30s, my answer was always money. Not only did I believe that money is what every sales manager wanted to hear, but it was also what I thought at the time.  After all, I was in a place where I needed to survive and get ahead in life.  The only way I thought I could be (financially) stable was to make more money. I was independent, strong-willed and ambitious.  I also had an eagerness to climb the corporate ladder.  I wanted to prove to myself, and to the world, that I could get ahead and make a name for myself by making more money.

Shortly after I completed my Masters degree, I started a job at a company that made carpet tile. It wasn’t glamorous, but it felt purposeful. Like I was making a difference by being a part of something bigger.  The company had recently figured out a way to attack the world’s plastic problem in our oceans by hiring local residents in the Philippines to pick up the plastic waste on the beaches.  From there, the waste was recycled and turned into beautiful carpet.  My job was to educate Architects and Designers about this mission and to work directly with them on specifying carpet for their new projects.  At the time I felt like this is it, there is no other place I want to be.  This is where I’m going to retire.

Fast forward 5 years and a lot has changed. I’ve gotten engaged, married and have two babies.  I’ve aged and I have more wrinkles on my face. I like to think that I’m a little bit wiser and have learned to trust my gut better.Today, I am no longer just driven by money.  My happiness and well-being trumps the money card.  It took me almost a year of being unhappy in my job to figure that out.  I was hanging on to what was.  I was in survival mode, trying to get through each day.  I was also having severe anxiety and minor levels of panic attacks.  My doctors told me it was postpartum, so I was prescribed Xanax, Wellbutrin and Zoloft.  The Zoloft and Wellbutrin made me feel like I wanted to crawl outside of my skin and escape myself.  I had zero appetite on Zoloft and my teeth really hurt.  The doctor said, “give it 4 weeks for your system to get acclimated to the drugs.”  Four freaking weeks of this torture?  No way. Not for me.

So I started looking at other things that could be causing my unhappiness.  I tried the Candida diet after a functional medical practitioner told me I have a Candida overgrowth.  A what, you ask?  More on that in another post.  I tried acupuncture.  I got monthly massages.  Can you believe I did this for 9 months before I finally woke up and started listening to my gut?  It was the job that was causing me so much misery!  But I kept convincing myself otherwise because I had been so happy for so long at this company.  I had worked hard to make a name for myself and I felt that I was at the top of my game all the way up until I delivered my second baby.  So how could it change so quickly?

I finally put in my resignation in July, fourteen months after my second baby was born.  The company suggested that I take a leave of absence after I stated that my reason for leaving was because I was burnt out and unhappy.  A leave of absence?  I didn’t know there was such a thing for this, but I thought if they’re going to do whatever they can to work with me, I should at least consider all of my options. I went back and forth in my mind for as long as I could. But deep down, I knew this job wasn’t for me anymore.  I had evolved.  The company was evolving.  But we weren’t evolving in the same direction.  I have two young boys now that demand and deserve my presence.  The job was also demanding me to be fully present for my clients and for the people that I worked for.  My head spins now just thinking about all of the people that I was trying to please.  I was being pulled in a million directions and the over-achiever inside of me just couldn’t keep up.

My body started giving me small signs early on that something wasn’t working.  First it was through stress and fatigue.  As I didn’t listen, my body started to slowly scream at me through the anxiety.  It was such a slow scream that it took almost a year before I finally asked myself if it would take a mental breakdown for me to see the signs from the universe.  I was so out of balance that I couldn’t make the right decision if it was spelled out in front of me.  I just kept stalling, hoping and praying that it would get better.

Looking back, it wasn’t until about three months after leaving that job when I started to see just how unhappy and out of balance I had been.  I was so focused on losing everything I had built, that I wasn’t allowing myself to see or feel the moments that should have been bringing me joy.  The inability to feel these moments with my kids was sinking me. I was numbing myself because I was holding on to something that no longer served a purpose for me.  My purpose had changed and it wasn’t about survival mode anymore, it was to protect and nurture my family.   And I couldn’t do that if I was sinking into a space where I was numbing myself to go through the motions every day.

As a working mom, the balance thing is so incredibly hard to achieve. You’re always being pulled in a million different directions and feeling like there’s always someone that you’re letting down. There are ten balls in the air at any given time. Sometimes you forget which balls you’re even supposed to be juggling. But none of that matters in life. I’ve had to give up control and go with things that I don’t understand.  I was a really good working mom when I had one child.  After the second came along, game over.  I didn’t understand why it wasn’t working.  But I see now that it wasn’t that I couldn’t do it, it was because I didn’t want to do it anymore. My consciousness was telling me that I only get one chance to be a mom to these babies.  One chance to wake up and snuggle in bed with them every morning.  One chance to see them crawl, walk, and talk.   One chance to watch them jump on the coffee table and shake their little tooshies to “Can’t Stop The Feeling!”⠀ No amount of money will buy those moments and my full presence is the most valuable thing that I can give to my children. 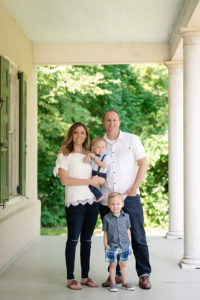 I’m Kim, a mom with midwest roots raising my family on the East Coast.  This is a creative outlet for me to share my thoughts on my loves in life; family, fashion, food and motherhood.   I hope this blog will inspire and make your day a little bit brighter! 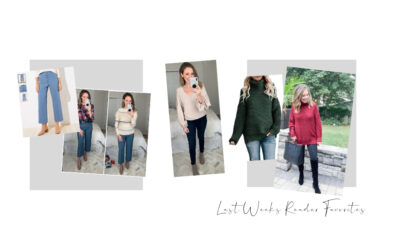 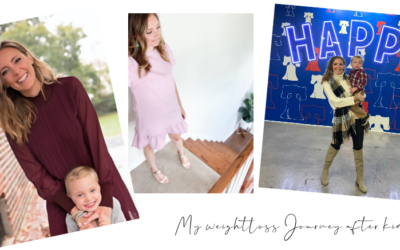 Back to reality today 😭--- we had a wonderful v

Laughing because this stubborn little cutie will n

Yesterday we spent the day boating for my husbands

Yesterday we spent the day walking around downtown

Yesterday momma ran to get a much deserved mani/pe

Back to reality today 😭--- we had a wonderful v

Laughing because this stubborn little cutie will n

Yesterday we spent the day boating for my husbands

Yesterday we spent the day walking around downtown

Yesterday momma ran to get a much deserved mani/pe